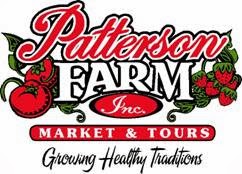 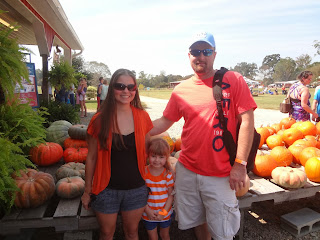 Over the weekend we took a trip to Patterson Farm for their, "Fall Fun on the Farm".  If you remember, I posted about the farm last week before our visit.  You can click here to see the post.  We had such a wonderful time and some of our other family members joined us on our visit which made it even more enjoyable.  My nephew came with us, it was his first visit to a pumpkin patch.  When we pulled into the parking lot we were greeted by the parking attendants and they assisted us by showing us where to park.  Next we went to the tour/ticket window to pick up our tickets.  The staff was very friendly and they took their time to answer all of our questions.  We received general admission tickets which included a lot of different activities as I had mentioned in my previous post.  We also added the Hop Along Bouncer activity which was only $1.00 and we bought a small pumpkin which was $3.00.  You could add other activities such as the real corn maze but since we had small children with us we decided not to do it.

My daughter was so excited that we were finally there, she had been talking about it all week.  As you all know, my daughter is four and being at that age kids like to go from one activity to the next very quickly.  Lets just say I was very tired by the end of the day although they did have a lot of seating areas but she was not going to stop for a break.  The first thing we/she did was the Pumpkin Bowling, next she tried the Corn Hole, Pumpkin Tether Ball and the Barnyard Ball Zone.  Even my husband tried tossing the football.  Next we moved on to the Pumpkin Checkers of course she didn't know how to play but she had fun moving the pumpkins around.  Not long after we sat down for the Pumpkin Checkers she spotted the colored little pig race.  We lined the toy pigs up and they raced against each other.  They even had a real pig race too which was really cute.  You could put your name in a basket for the pig you thought was going to win and if your pig won they chose a name out of the basket and if your name was drawn then you won a prize. 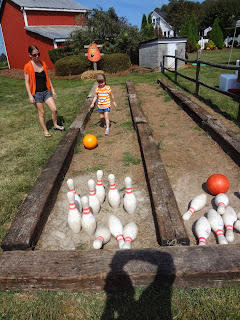 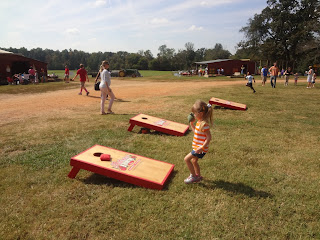 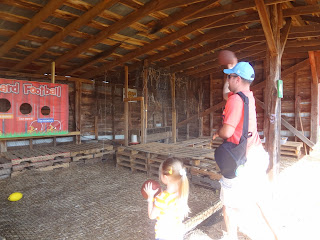 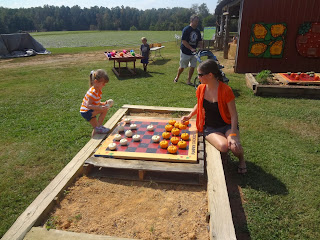 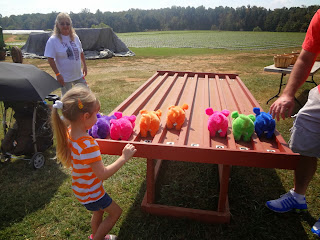 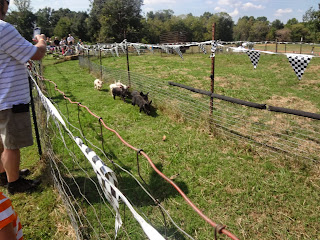 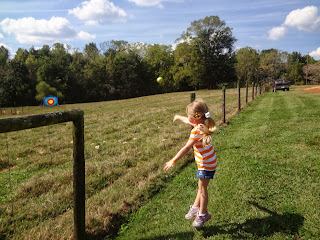 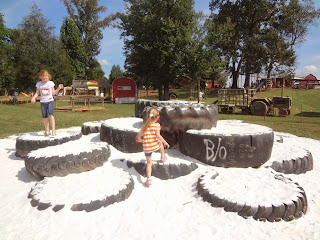 Beside of the pig race they had a small Hay Bale Maze, my daughter loves mazes, she went through it with her Paw Paw.  I think her favorite activities had to be the Corn Pit and the Playground Area.  I liked the Corn Pit too because it was covered and I could sit down and relax while the kid's played.  I played in it too, lol.  The Spider Web attraction was really cute and the Hay Bale Tunnel was neat.  My daughter also liked the Trike Track and Petting Zoo.

You could even take a wagon ride around the farm which stopped at the pumpkin patch where you could pick your own pumpkin for 49 cent a pound.  There were a few attractions that my daughter was still too young to do but she still had a wonderful time and didn't want to leave.  They had food, ice cream and drinks available for purchase, plus souvenirs, plants and produce.  Of course we had to stop and get some ice cream before we left. 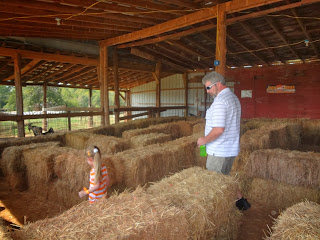 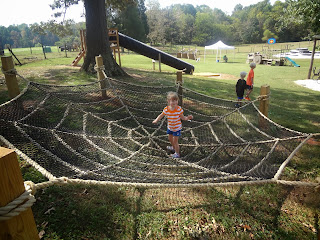 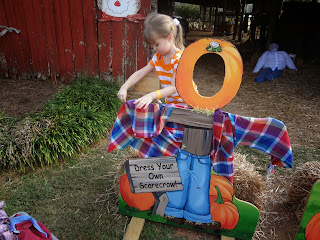 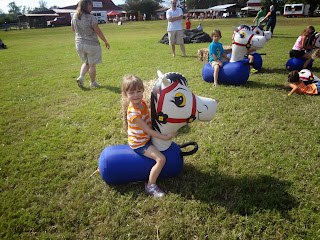 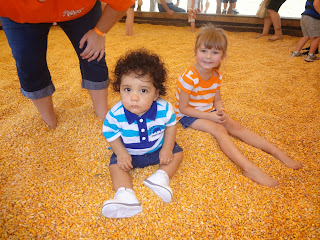 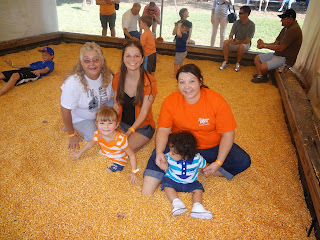 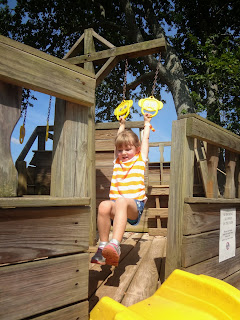 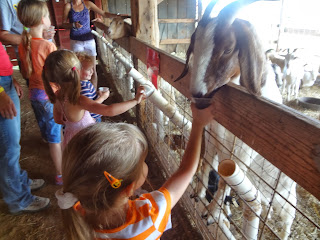 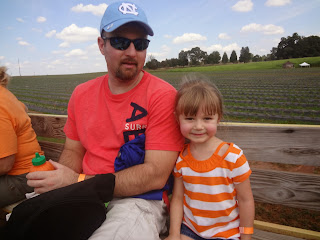 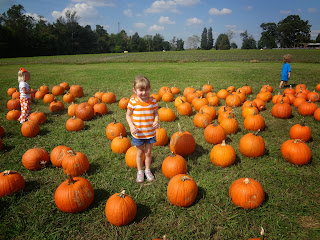 
* I received a family 4 pack general admission to the farm in order to facilitate my review.  No other compensation was received.  All opinions expressed are my own.

Proud Member of The US Family Guide Network